The Korean  fried chicken wave is not showing signs of slowing down here on the red dot. The latest offering happens to be halal and luckily today, there was some time for The Girl and me to try it out.

The queue was very long even though it was not yet twelve! But the food arrived rather promptly. The chicken flavours are limited – it’s either the soy garlic or the hot, which shd be named ‘soy hot’. There are menu options for rice combo or fries. All the dine- in meals are served in army style mess tins. I find this to be highly redundant because when clearing the trays, we had to put the mess tins on the bin counter which took up space for the trays. They could have set up another corner near the bin for customers to stack the mess tins.

Anyways…the chicken were good. They were ultra crispy and soya saucy. The only thing is that it tends to be on the slightly salty side so eating with rice would be a great option. The fries came with either kimchi or seaweed seasoning. I chose the latter for today.

The Girl loves it and told me to come here often. Next time will already be fasting month once we come back from our KL trip so it looks like it’ll be several months later before we give 4Fingers another try.

By the way, the name of the restaurant created a small riddle in the family: how many fingers/claws does a chicken have? It was only with much certainty that our helper who lives in a kampong and has reared chicken emphatically asserted ‘four!’ Even the chicken feet lovers in the family kept saying three. 😂 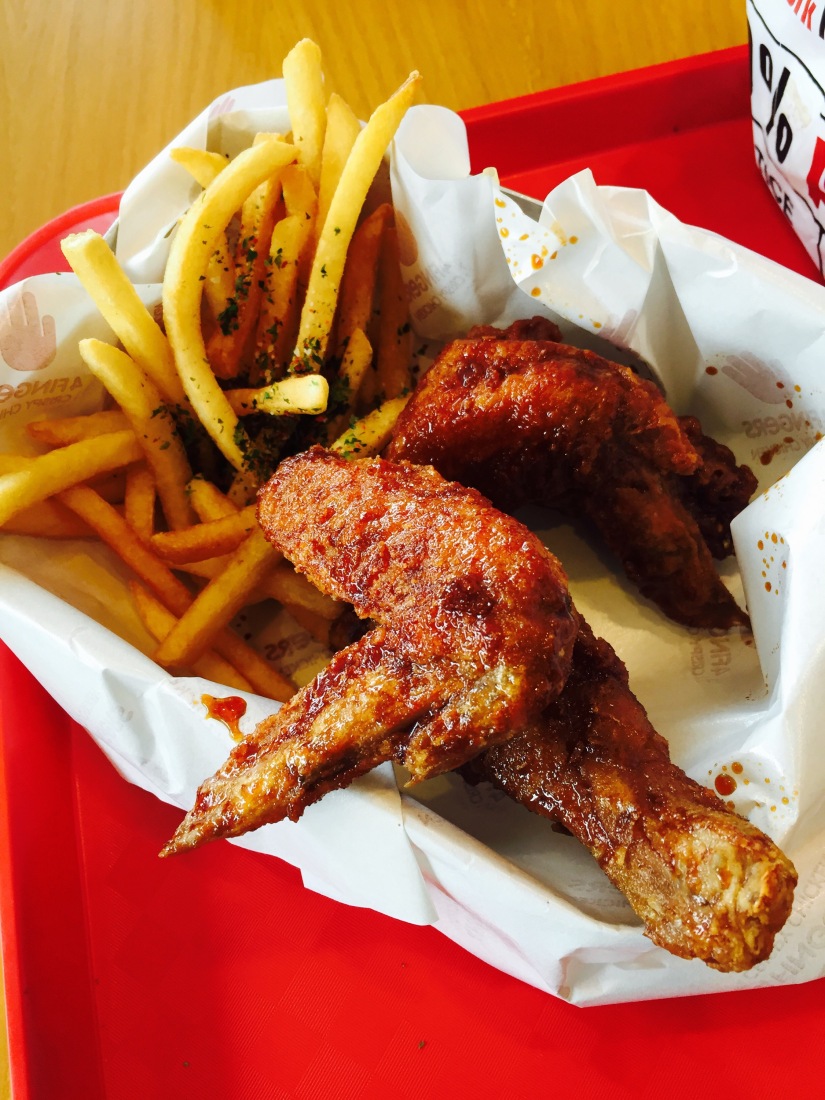 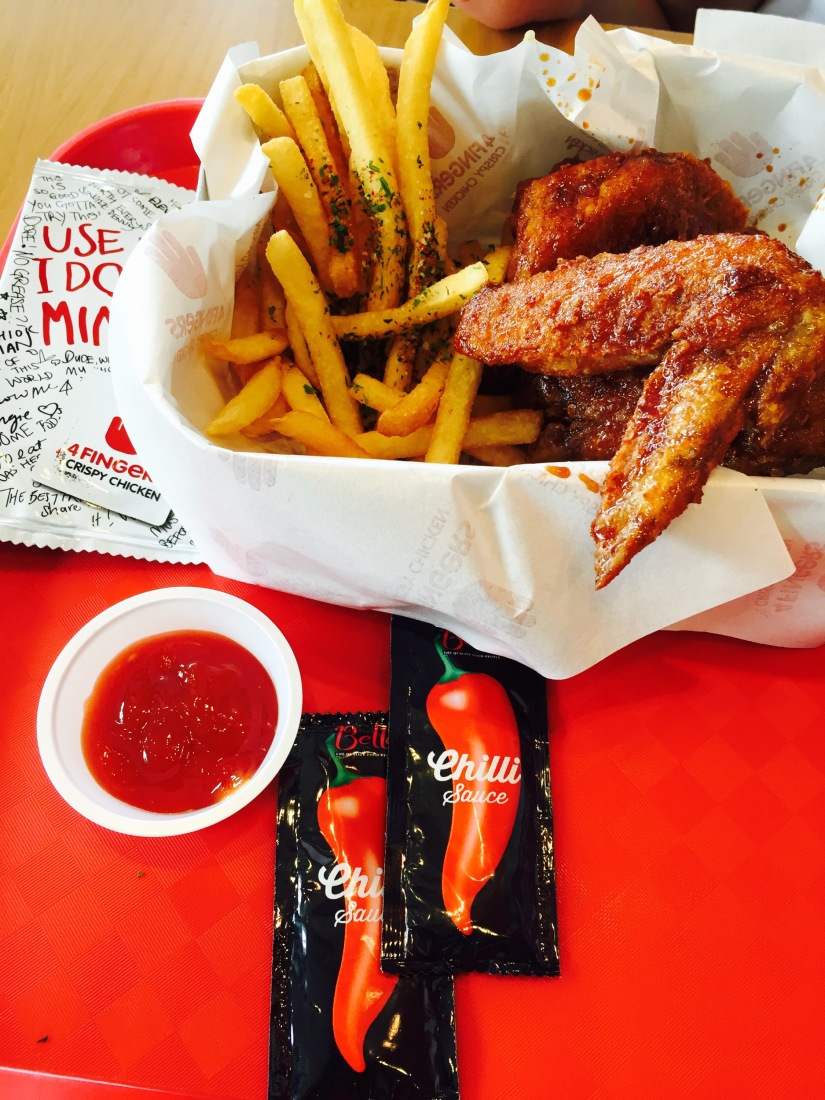 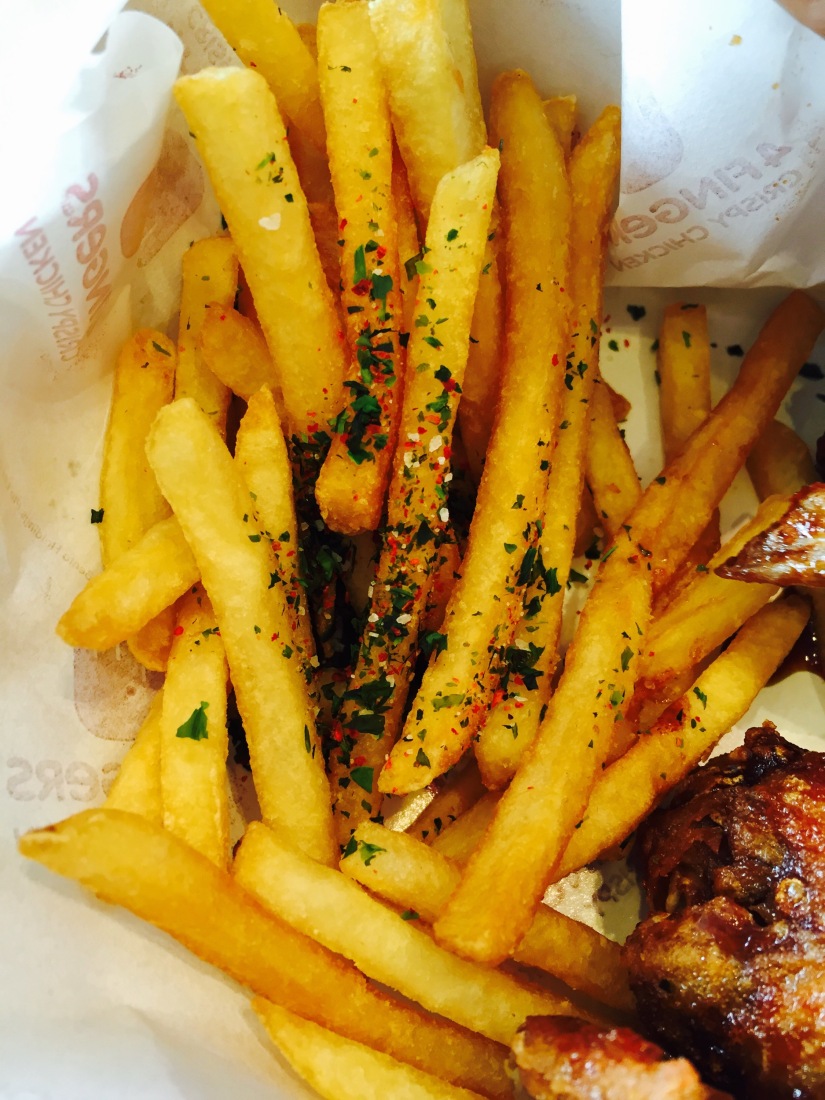 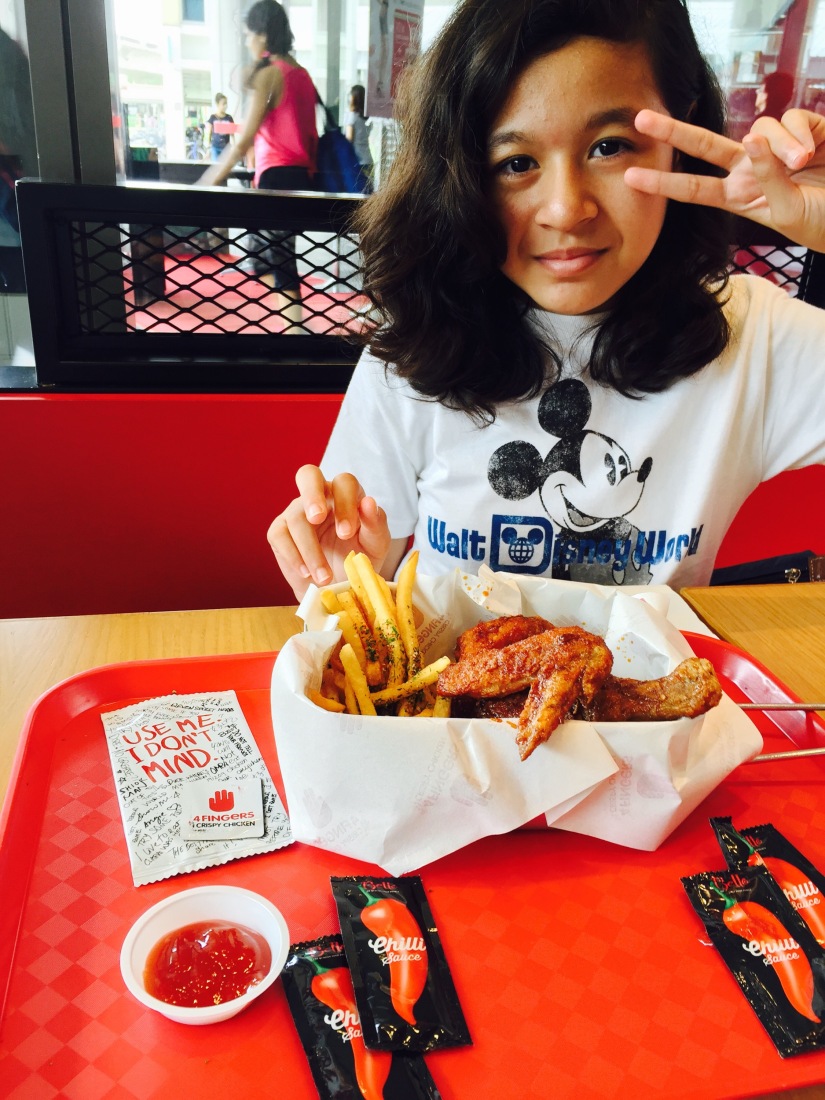