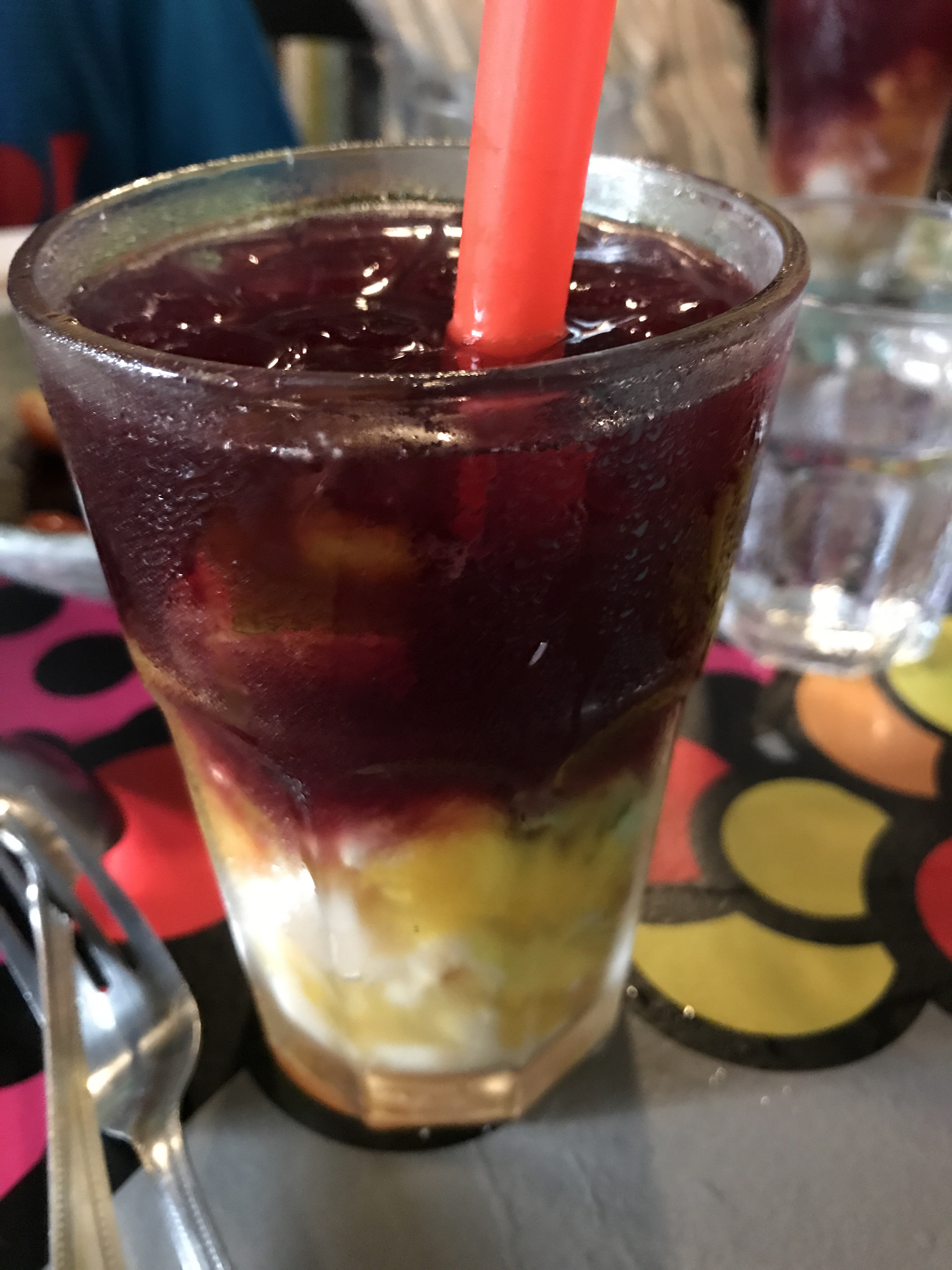 I thought I’d let the pictures do the talking first. So last Friday my friends and I went to a new place to eat. We had the supposedly best dish of 2016 – the beef rib rendang with roti kirai (malay lacey pancakes). This is really a winner but at 39 dollars a plate, it doesn’t come cheap. The meat is not only fall off the bone but fork tender and in soft strands. The other dish, a paella sotong masak hitam (squid ink) wasn’t great. One day I really have to see my Mama cook this squid ink Malay dish but this cafe’s version isn’t awesome. The drink, a sangria was nice but the cakes were awesome! The ondeh- ondeh cake was moist and fluffy and gula Melaka crunchy.

It’s fusion Malay meets Western fare at its best, though. Compared to other fusion eateries, this has got to be the better ones.